THE ELSIE GUNDWANA JUDGMENT… A WARNING TO THE BANKS…OR NOT? 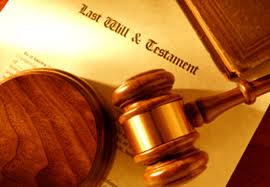 Generally, upon the appointment of an Executor/Executrix via the issuing of the Letters of Executorship by the Master of the High Court, he/she is given the control and overall custody of all the assets of the deceased so as to proceed with the administration of the estate in question. However, with this control and custody comes a lot of responsibilities.

An Executor/Executrix has various duties in respect of the estate in which he/she is appointed as such. Such an appointee is expected to exercise his/her powers bona fide (in good faith) and with the utmost sense of impartiality and is to treat all claims, brought against the estate, fairly.

One of these duties is to advertise the estate in question. Firstly, in terms of section 29 of the Administration of Estates Act, for all possible creditors and subsequently in terms of section 35 of same, whereby the final Liquidation and Distribution Account lies open for about 21 days for inspection so as to ensure that it is free from all objections.

Recently the Kwazulu- Natal High Court heard a case which dealt with the above:

Summary of the facts of the above case:

When dealing with an application for the removal of an Executor under this section, the court is vested with discretion, but in exercising such discretion, consideration should be given to the interests of both the estate and its beneficiaries.

In addition to the above provision, the applicant also relied on a common law principle which provides that a court has the discretion to remove an Executor whose personal interests are in conflict with those of the estate.

Therefore the mere disputing of claims against an estate does not constitute a substantial reason to remove such an Executor/Executrix from office. However, if a court finds that the appointee is utilising his/her office to intentionally resist all or some claims without any due fair minded consideration of the merits of same and/or if it finds that the appointee is doing this so as to secure personal financial benefits in his/her capacity as a beneficiary of the estate, then such court is obligated to remove the appointee in terms of the abovementioned section.

In the case in casu the court found that the manner in which the Executrix treated the claims of the applicant rendered her appointment as being undesirable. As a result, the court granted the relief sought by the applicant.

Think twice before you simply accept those Ts&Cs

What is reckless lending?